Jordan’s Two Holy Sites That Every Christian Should Visit

From the beginning of time, Jordan has been the center of biblical stories and sacred sites, attracting people from across the globe to visit its many historically and religiously important places. 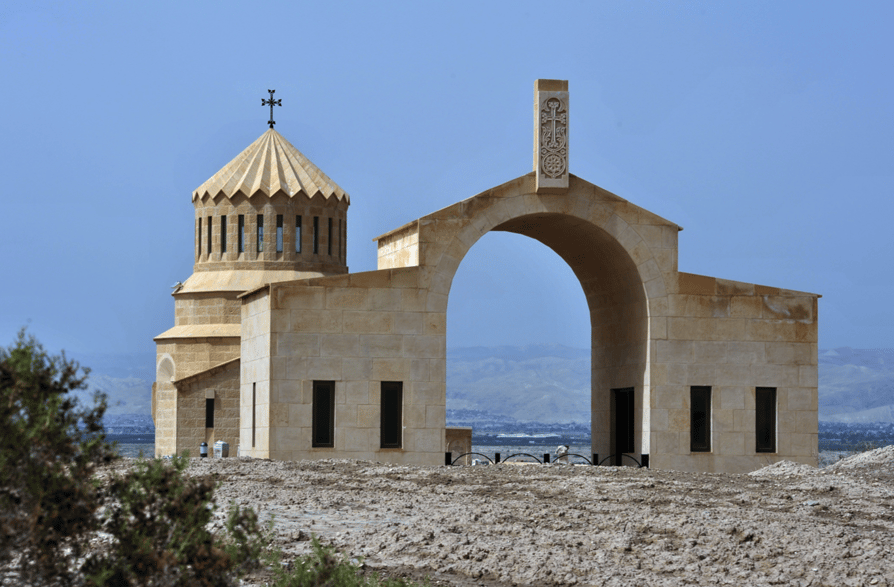 (Armenian Church in Bethany Beyond the Jordan)

In the year 2000, Pope John Paul II visited Jordan for the first time during his pilgrimage to the Holy Land. Today, the kingdom welcomes not only Christian pilgrims but also guests from all walks of life who wish to experience its many holy destinations, including the ancient site of Mukawir and Bethany Beyond the Jordan, Jesus Christ’s Baptism Site. 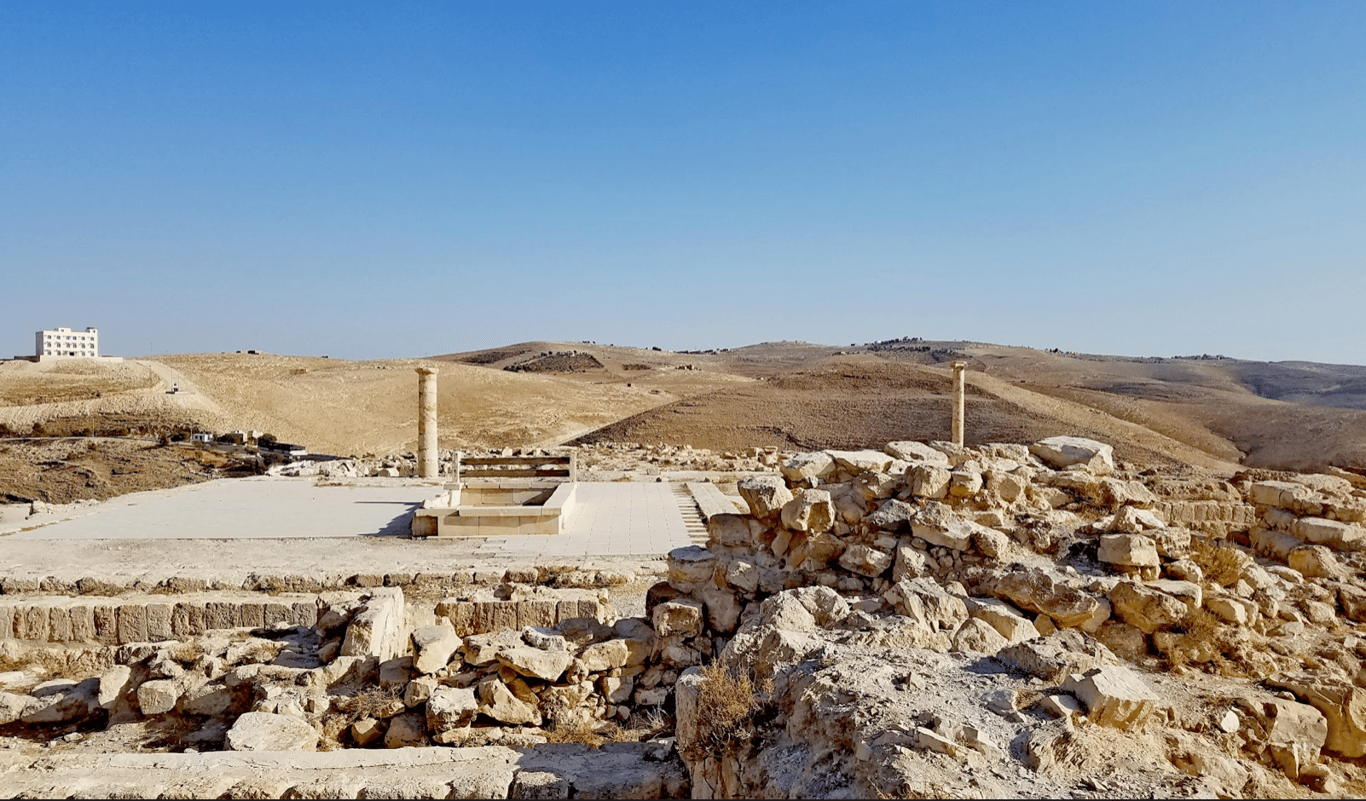 The incredible biblical site of Mukawir, previously known as Machaerus, which is located an hour drive from Jordan’s city of Madaba, was once the palace-fortress and home of Herod Antipas, the Roman-appointed regional ruler during the life of Jesus Christ and the son of Herod the Great. Herod Antipas is mentioned in the New Testament of the holy Bible. 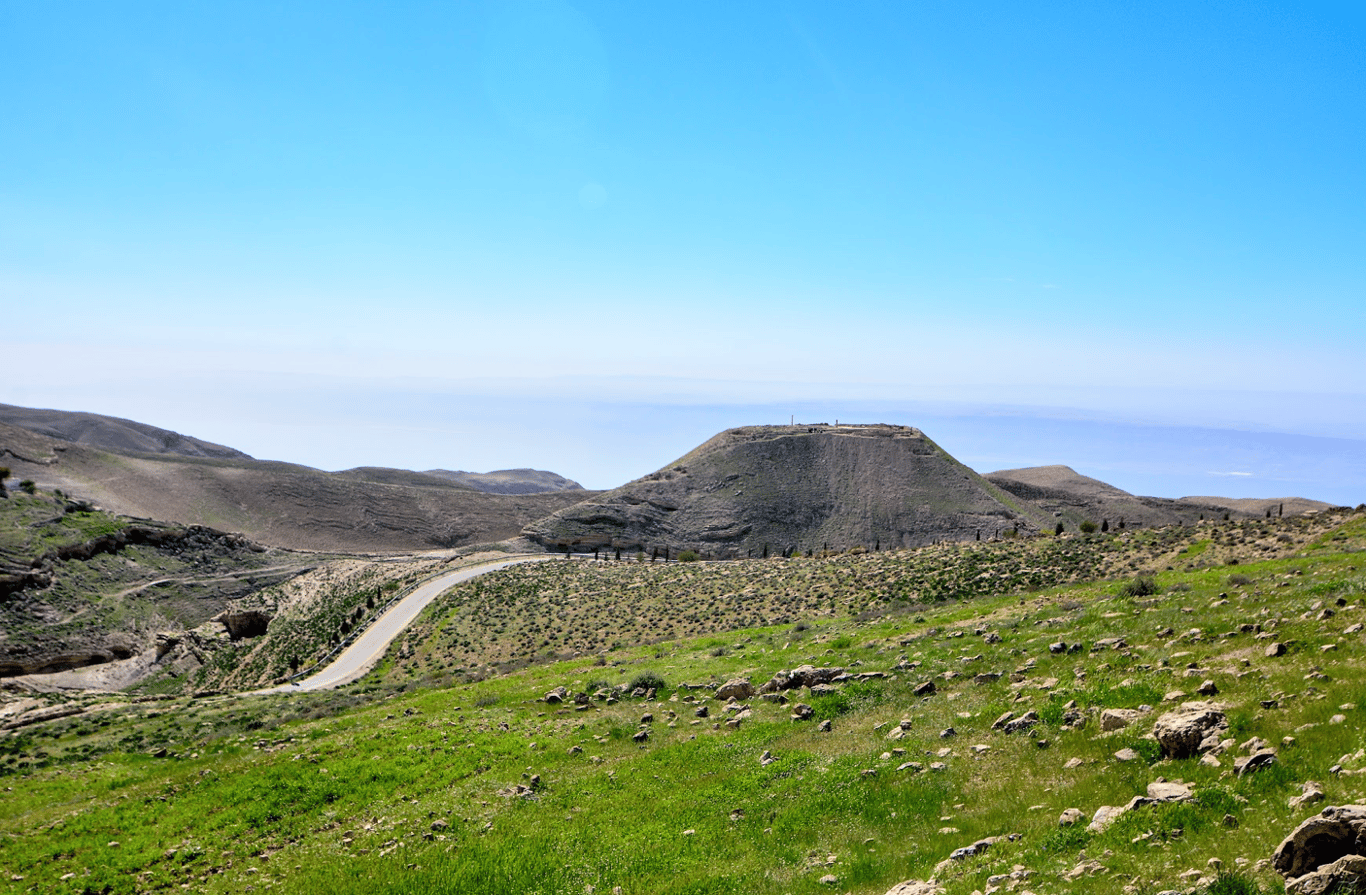 Today, Mukawir consists of extensive stone ruins and architectural remains situated on a suspended hilltop overlooking the Dead Sea region and the hills of Jerusalem. In Christianity, the location of Mukawir is believed to be the place that Herod imprisoned and beheaded John the Baptist following Salome’s fateful dance of the seven veils. Matthew 14:8 states: “Prompted by her mother, she said, 'Give me here on a platter the head of John the Baptist.’”

Mukawir's ancient palace ruins include a dungeon where some archeologists believe John the Baptist was imprisoned before his execution. It is also one of the designated pilgrimage sites for many Christian believers. The site is filled with immense history and religious significance, allowing visitors to imagine biblical stories and times. 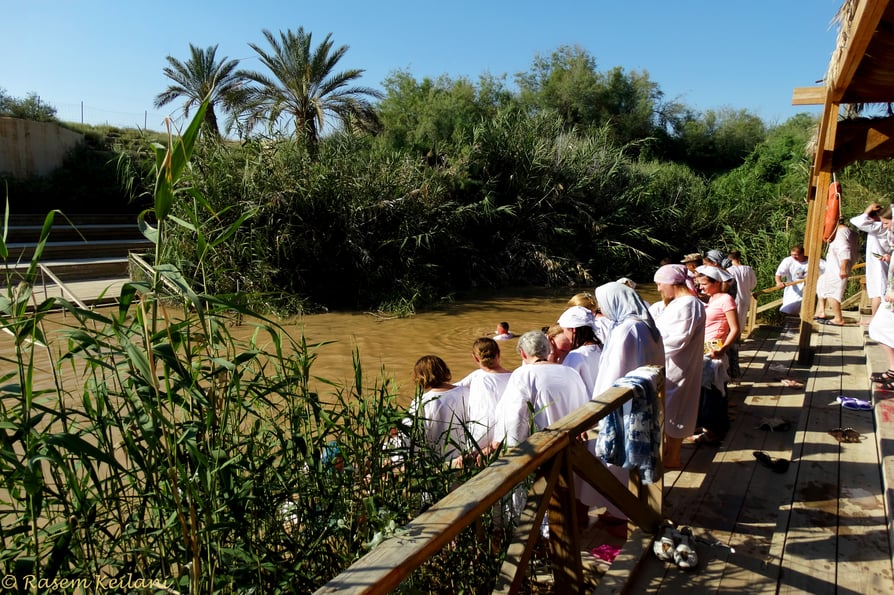 (Baptism at Bethany Beyond the Jordan)

Bethany Beyond the Jordan, Jesus Christ’s Baptism Site is situated in a tranquil environment south of Jordan’s capital city of Amman and near the Dead Sea. The Baptism Site, also referred to as Al-Maghtas, meaning “baptism” or “immersion” in Arabic, is the site where John the Baptist is believed to have baptized Jesus Christ in the Jordan River. Additionally, the Baptism Site is where John the Baptist began his public ministry and is believed to have regularly performed various baptism ceremonies throughout history. Matthew 3:13-15 states the following: “Jesus came from Galilee. He went to John at the Jordan River to be baptized by him. John tried to stop Him. He said, “I need to be baptized by You. Do You come to me?” Jesus said to him, “Let it be done now. We should do what is right.”

(New Catholic Church being built in Bethany Beyond the Jordan)

Moreover, near the Baptism Site sits Jabal Mar-Elias, or Elijah’s Hill, which is believed to be the place where the prophet Elijah ascended to heaven, adding further significance to the location. In the holy Bible, verse 2 Kings 2 explains the story when Elijah ascended to heaven and specifically states, “And it came to pass, when the Lord was about to take up Elijah into heaven by a whirlwind, that Elijah went with Elisha from Gilgal.”

Mukawir and Bethany Beyond the Jordan are two sacred sites in the kingdom that are filled with biblical and historic importance, providing visitors with a unique opportunity to experience these places.