5 Holy Sites to Visit While in Jordan

For anyone interested in the history of religion, specifically Christianity, visiting the country of Jordan is a must!

Home of the Holy Land and including some of the world’s oldest Christian communities, Jordan teems with breathtaking sacred sites that attract people from all over the world. From the location where Jesus Christ was baptized, according to the Gospel of John, to Herod’s palace, Jordan’s many well-preserved holy sites bring biblical stories to life, preserving ancient history in the landscape and architecture.

Mount Nebo is where, according to the Old Testament, Moses saw the land he would never enter. Because this mountain’s connection to the Moses story, it is a prominent place of Christian pilgrimage.

Recent excavations on Mount Nebo have uncovered the remains of a church dating from the 4th century AD, which contains spectacular Byzantine mosaics. 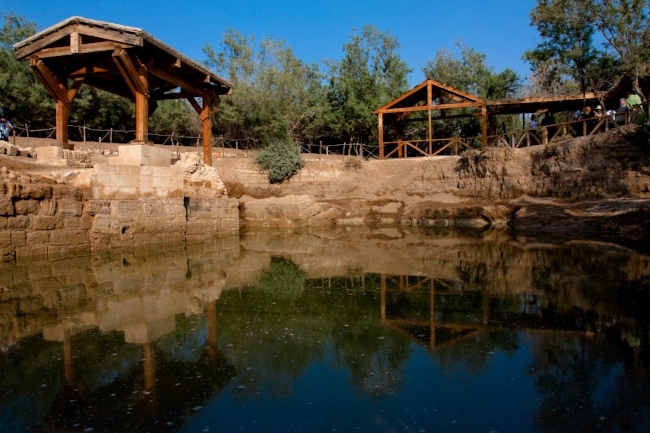 2. Bethany Beyond the Jordan

Also known as Al-Maghtas, Bethany Beyond the Jordan is the site on the eastern bank of the River Jordan where Jesus Christ was to have been baptized by John the Baptist around 29 AD. Nearby is Jabar Mar-Elias, or Elijah’s Hill, believed to be the place where the prophet Elijah ascended to heaven after having stopped the River Jordan’s waters in order to cross over to the eastern side.

The area contains the remains of ancient churches and chapels, as well as pools in which John the Baptist is said to have regularly performed baptisms.

Machaerus is a hilltop fortress — purportedly the palace of Herod, King of Judea, during Jesus’s lifetime. This would have been where Salomé danced for Herod’s son, Herod Antipas, and where John the Baptist was later beheaded.

Standing on this hill, visitors can see stunning views of the Dead Sea and the West Bank.

Formerly the city of Gadara, Umm Qais overlooks the Sea of Galilee. This is where Jesus might have performed the Miracle of the Gadarene Swine. One Biblical story states that upon meeting two men who lived in the tombs near the entrance of Gadara and who were possessed by demons, Jesus cast the demons out, channeling them into a herd of pigs. The pigs then ran off a cliff into the Sea of Galilee, where they drowned.

Today, Umm Qays treats its visitors to extraordinary views over the Sea of Galilee, the Yarmouk River, and the Golan Heights. 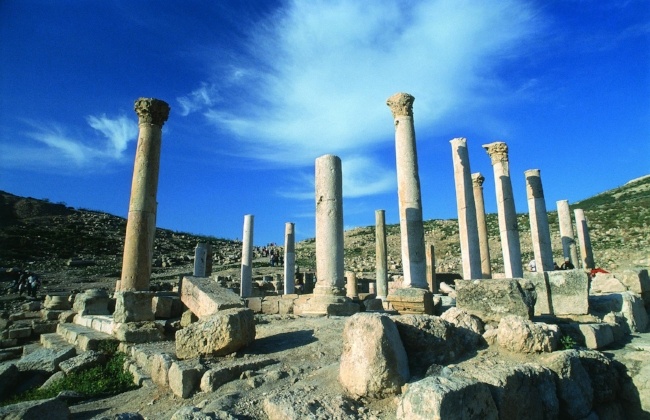 Pella is a Decapolis city dating back to the Bronze Age where the Bible says that Jacob, brother of Esau, wrestled all night with God in the form of an angel. The angel then deemed Jacob “Israel” because of his strength in battle. Jacob named the city Penuel, meaning “the face of God.”

Recently, a temple was discovered at Pella, which is thought to be the Holy Land’s best-preserved temple from Old Testament times.

Jordan is more than a country to consider traveling for pretty views or interesting cultural experiences: Jordan is home to a variety of sites connected to Biblical stories and thought of as holy in many aspects. These five holy sites are just a few of the many available for exploration and adoration to those willing to travel to the country of Jordan.

If you’re considering traveling to Jordan in hopes of visiting the holy sites there, you should download our Guide to Religion and Faith in Jordan. This guide will help to outline the many holy sites in Jordan and offer advice for how to best plan your journey.

By Jordan Tourism Board North America